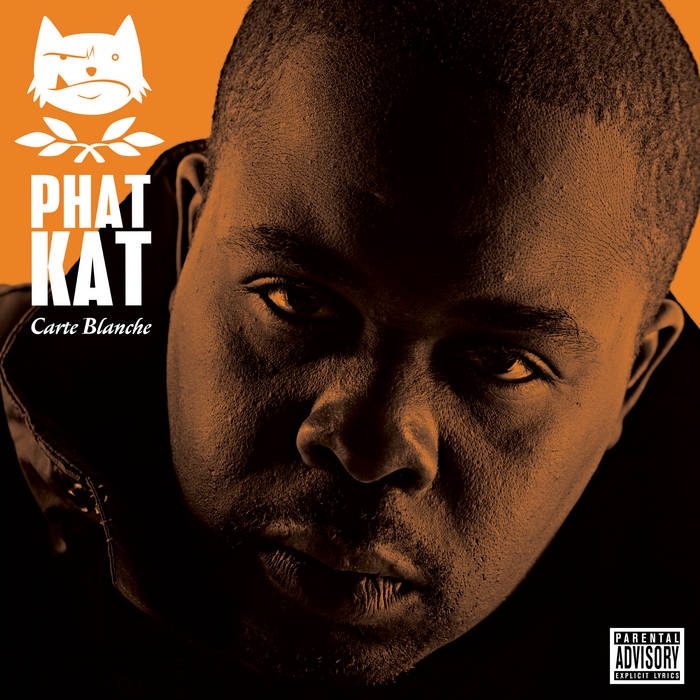 "For fans old and new, they can expect to be reintroduced to some raw, authentic, classic Detroit Hip-Hop from beginning to end."-Phat Kat on the Deluxe Edition re-release of "Carte Blanche".

Anyone familiar with Kat or Dilla’s work knows the two shared a special bond. In fact, Dilla would often go to the gruff-voiced emcee whenever he was looking to create a particularly tough track. This friendship led to them forming the group 1st Down, and this re-release’s two bonus cuts, "World Premiere" and "It Don't Get No Liver Than This (feat. La Peace)," which were recording in 1996 and '97, respectively.

Despite 1st Down never taking off due to label issues, Kat and Dilla remained close and recorded a number of underground classics. Those include several joints off "Carte Blanche", such as the stirring "Don't Nobody Care About Us", "Game Time", and the Elzhi-featured "Cold Steel". It's actually that last track that Kat picks as his favorite cut off the record.

"If I gotta choose one, it would have to be 'Cold Steel' because it makes you wanna wild out as soon as the beat drops", he says, adding that this was the first time he got to choose a Dilla beat to rap over. "He would never let me rock over beat tape beats-he use to say 'Nah Kat, just write to them cause I’m gonna make all ya shit from scratch.' ''

The album also boasts collaborations with other Detroit rap heavy-hitters, such as Black Milk, Guilty Simpson, Nick Speed, and T3 & Young RJ (of Slum Village). With Kat as their host, they were able to not only capture the sound of the Motor city in 2007 (when the album was originally released), but also cement its place in the greater canon of hip-hop as we know it today.

The deluxe edition re-release of Carte Blanche is available now on CD and through all major digital retailers and streaming platforms via Below System Records.

Cannibal Corpse's George "Corpsegrinder" Fisher stops by for an interview